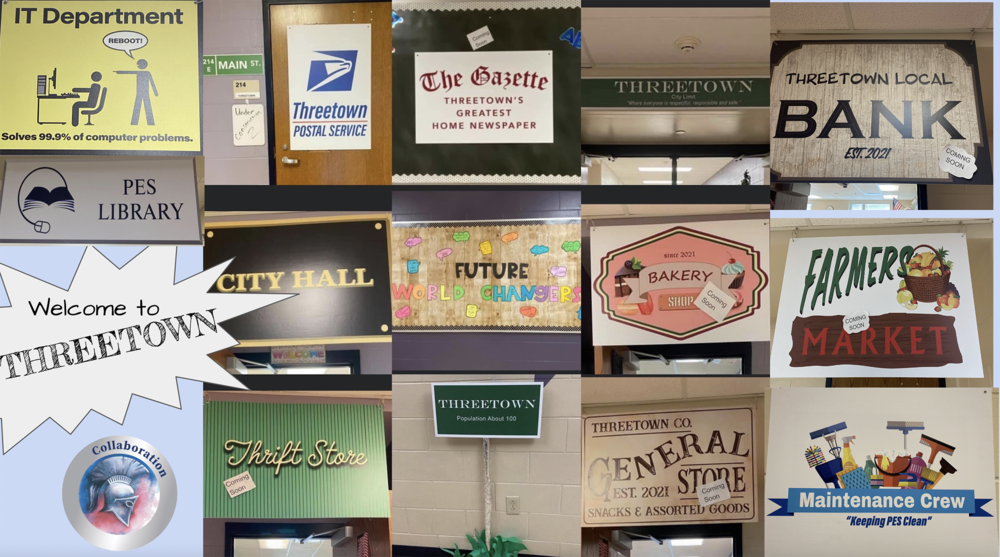 Meet the citizens of Threetown at PES

Third-grade students at Portsmouth Elementary School have created their own little city within the school, known as Threetown, where students have jobs and responsibilities within their town. Students can choose from jobs at the general store, farmers’ market, newspaper, bank, and more. There’s even a Threetown City Council.

“We thought by having a town it would build a sense of community with the students, and it actually grew into something way bigger than any of us ever thought that it would,” said intervention specialist Angela Byers-Johnson.

Students apply for jobs each year and then are tasked with those responsibilities throughout the school year. Last year Threetown students were challenged to repair a fictional water break. Student engineers had to develop a system to repair the water break, and route water flow from one end of Threetown to the other.

“We had two teams that were designing and constructing, and then we had laborers who delivered the materials to them, and the city engineer along with other community members came and gave them feedback during their trial run. In the end, they got to test out and see which system carried the most water,” said elementary teacher Karen Porter.

Students work their jobs, and they are paid in Threetown dollars, which they can deposit in the Threetown Bank and keep track of their own finances. They use that “money” to pay for rent or pay fines that they may receive for having a messy desk. They use real money, however, to purchase items in the Threetown General Store or Farmers’ Market. Popular items are Taki’s at the General Store and pickles at the Farmers’ Market. That money is used to help fund school activities and field trips for third-grade students.

The Threetown Art Council helps decorate the third-grade hallway for each season, and students created their own mural project similar to the Portsmouth City Floodwall Murals. Last year the students decided to have their own Threetown Olympics.  In addition, they had a kickball tournament where students and members of the Portsmouth Police and Portsmouth Fire Department played each other as a fundraiser for the Shop With a Cop program.

“Our City Council members actually went to a real Portsmouth City Council meeting where they received a proclamation, and they were sworn in.  Upon returning to Threetown, they gave a proclamation and had a ribbon-cutting for the rest of the citizens,” Byers-Johnson said.

Last year’s Threetown students are now fourth graders at Portsmouth Elementary, and they returned this year to participate in a job fair on Friday, Sept. 16, to tell the current third-grade students about the jobs and responsibilities that they did last year.

“Our goal is for everyone to have some type of a job, even if it’s inside our classroom. Some of them might be more reserved, so we find jobs like our Recycling Center where they empty our recycling bins out from the classroom into the big one in the hall. So everyone has a way to participate in the community,” said elementary teacher Shawna Queen.

Byers-Johnson said the kids love Threetown and take a lot of pride in their jobs.

“They like getting their paychecks, and they take pride in our community. They don’t like it when someone comes down our hallways and hits our trees or messes with our decorations. They feel like what they’re doing matters and is valuable,” she said. 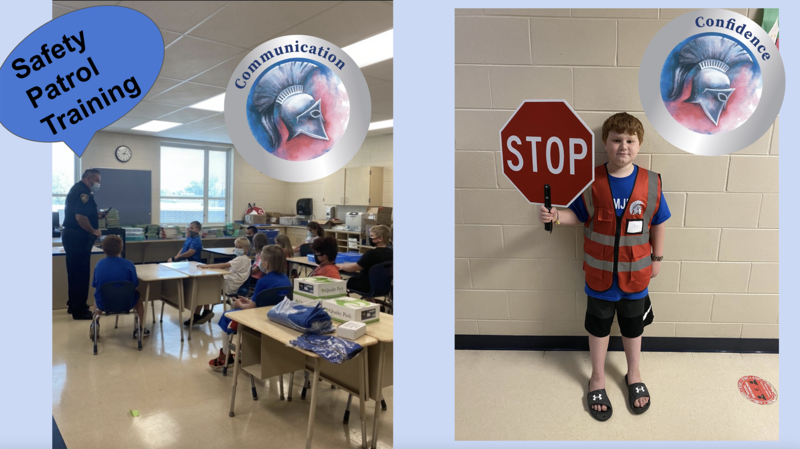 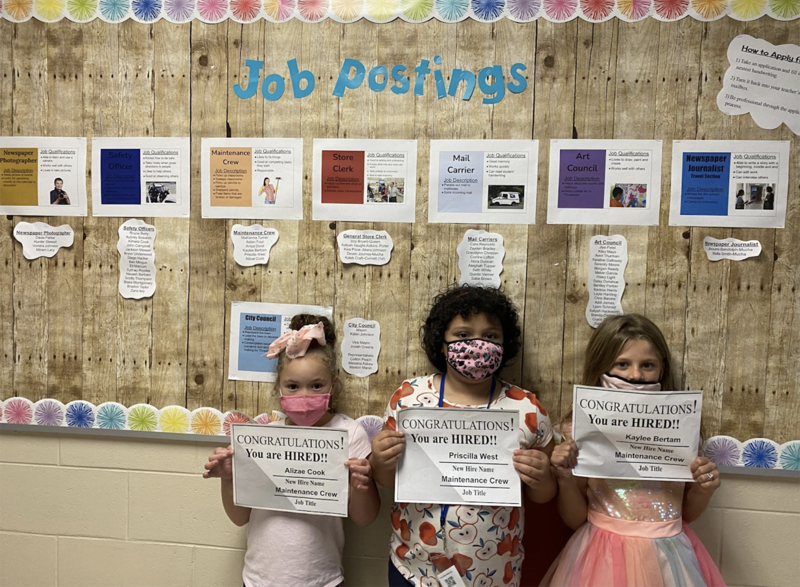 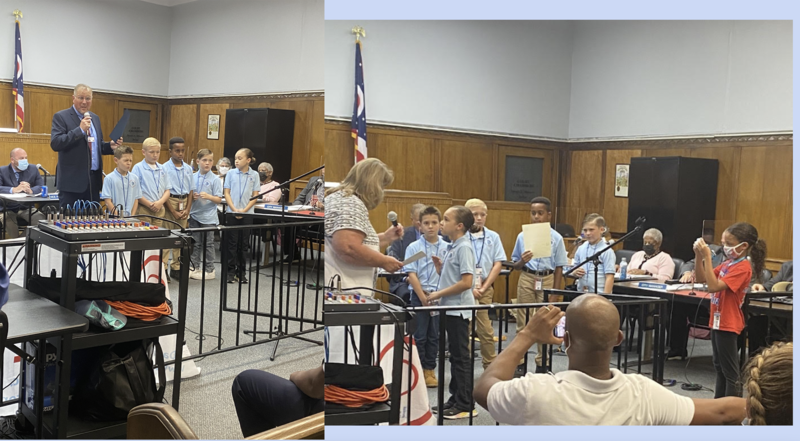 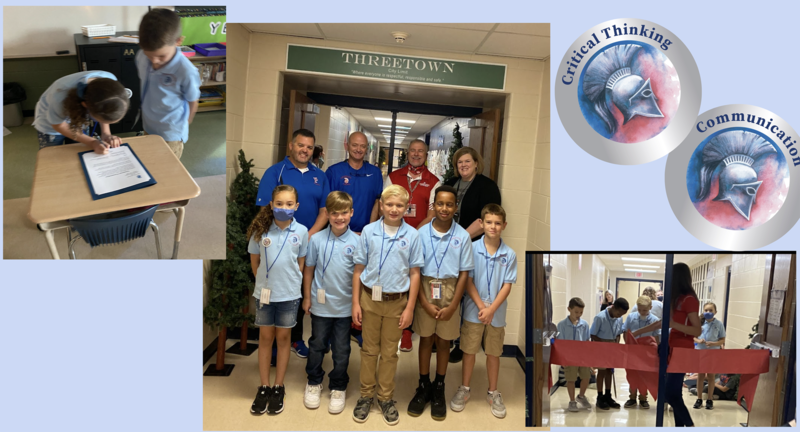 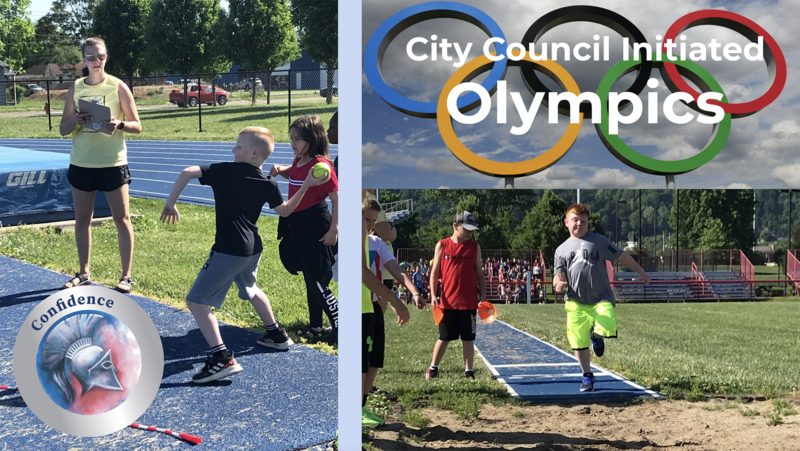